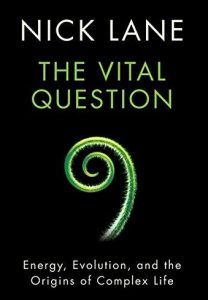 Energy, Evolution, and the Origins of Complex Life

Biochemist Nick Lane explores how complex life evolved on Earth – not specifically evolution, but its cause. He argues, in depth and in detail, for a relatively new hypothesis of the origins of life. Lane assumes his readers have a solid grounding in the subject matter, and useful repetition and summaries at the end of some chapters illuminate his crucial ideas. Those who are not scientists will find the work fascinating, though they may not grasp its depth.

First came prokaryote cells. Two fused to form a eukaryote cell, which then evolved into every complex organism on Earth today.

Billions of years ago, a simple bacteria cell engulfed an even simpler archaea cell. Nick Lane depicts a universe-changing drama in that moment. Against all odds, Lane exults, elements of that archaea survived digestion, giving rise over the course of millions more years to increasingly complex cells – eukaryotes – which contain mitochondria and nuclei. Across the next 1.5 billion to two billion years, all complex life on Earth evolved from these larger cells. “There is a black hole in the heart of biology,” the author writes.” Bluntly put, we do not know why life is the way it is.”

A bacteria absorbing an archaea by itself occurs rarely – bacteria seldom grow large enough to consume other cells. An endosymbiotic event – the fusing of two cells – spawning a new species might have occurred only once in Earth’s history, Lane insists, if not the history of the universe.

Biochemist Nick Lane teaches and conducts experiments at University College London, one of the world’s hotbeds of genetic research and discovery. 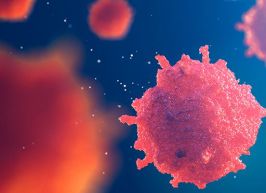