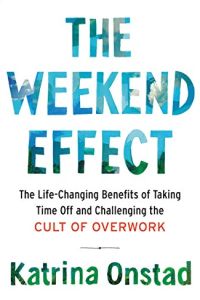 Cultural journalist Katrina Onstad gives a brief history of the United States’ labor movement and shows how overworked, exhausted Americans – and everybody else, as well – can reclaim their weekends. Historically, Saturdays and Sundays were sacrosanct time off. But in a world without boundaries, working people often lose their weekends to office demands, household chores, kids’ activities, and more. Often, people have no time to rest or to socialize with their friends. Onstad urges you to “take back” your weekends and make time for necessary leisure. The time and effort she poured into her book really shows; here’s hoping she didn’t do it on the weekend. getAbstract recommends her advice to busy professionals who need a break.

Many Americans work late at night and put in six or seven days a week. By Monday, they’re exhausted. In 2014, 29% worked on the weekends compared with 22% for Germans and less than 10% for Spaniards. American workers average 35 working hours weekly, adding up to 1,790 annual hours, more than workers in France, the Netherlands and Denmark. However, an independent Gallup poll of self-reporting workers found that full-timers say they work 41 to 47 hours weekly, but nearly 40% admit to more than 50 hours weekly. Creative workers often put in 50- to 80-hour weeks. People in the United Kingdom work weekends nearly as much as US workers, and they call it “the American disease.”

Many workers are now freelancers, many of whom find they must work constantly, including weekends, to make ends meet. Some workers give up free time to earn more money doing jobs for TaskRabbit or driving for Uber, often on weekends. Taking two days off in a row isn’t possible in a weak, competitive job market. Outsourcing sends many American jobs to overseas workers, while smart technology or robots perform mundane tasks.

This is Katrina Onstad’s first nonfiction book. She also wrote the novels How Happy to Be and the bestseller Everybody Has Everything. Her writing has appeared in publications around the world including The New York Times, The Guardian and Elle.

Bring Your Human to Work
7 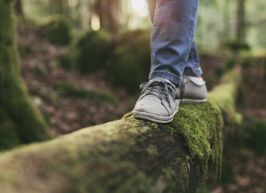