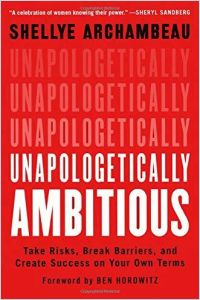 If you have a dream – a realistic one – you can make it happen with planning, hard work and making tough choices that support your goal. It won’t be easy, but as retired CEO Shellye Archambeau writes, you can reach your goals. From a young age in mostly all-white schools, Archambeau determined that her goal was to become a CEO, planned it out and hit her milestones of education, career, marriage and children. She describes her focus and discipline in the face of the prejudice she has encountered as an African-American woman. Archambeau’s memoir will inspire anyone seeking to fulfill their dreams.

Former MetricStream CEO Shellye Archambeau was one of the first Black female leaders of a high tech company and serves as a board member on Fortune 500 companies.

You can achieve your goals if you work hard and make choices that support them.

Shellye Archambeau, 50, a Black woman, defined her professional and personal goals as a teenager. She wanted to be a CEO by the time she was 40 years old and a director on the board of a Fortune 500 company at 55. She hit the first goal and surpassed the second: Verizon recruited her for its board five years earlier than she planned.

Achieving her goals took meticulous strategy, drive and the willingness to vest in only the options that aligned with her life plan. Her success is a testament to the hard work, dignity and aspiration she inherited from her ancestors, some of whom were enslaved people. Her family treasures one forebearer’s manumission deed.

Archambeau believes everyone should define their unique goals for life and pursue them “unapologetically.”

Systemic racism exists, but don’t let it hold you back.

Entering a primarily white school in Los Angeles the year after the murder of Martin Luther King Jr., Archambeau was a target. Her mother and father instilled in her that “life isn’t fair.” Archambeau...