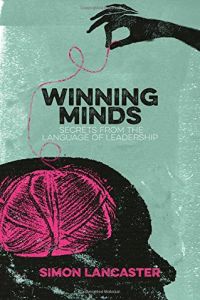 Speechwriter Simon Lancaster regards leadership primarily as having a talent for knowing how to persuade and manipulate listeners’ neurotransmitters. In this irreverent look at the art of persuasion, he argues that winning people’s support requires satisfying their craving for brain chemicals like serotonin, dopamine and oxytocin, which boost feelings of confidence, well-being and social connection. But to do so, you must engage all the levels of the brain: “the instinctive, the emotional and the logical.” Lancaster outlines the rhetorical tactics that leaders from Aristotle to Steve Jobs used to stir their listeners’ instincts, fire up their emotions and impress their intellect. Simon Lancaster, who worked for CEOs and members of UK prime minister Tony Blair’s cabinet, backs up his advice with real-world examples. His emphasis on brain chemicals seems a little pat – but functions as a useful metaphor. getAbstract recommends his amusing manual to teachers, salespeople, speechwriters, business communicators and public relations professionals.

Simon Lancaster is a speechwriter who has worked for members of the UK government and for the CEOs of companies such as HSBC and Unilever. He lectures at Cambridge University and prominent business schools, and provides commentary for television.

The Language of Leadership

To lead effectively, you must communicate well. Communicating is tricky because the brain is complicated. It has three major parts – the “instinctive brain,” the “emotional brain” and the “logical brain” – each with its own way of perceiving the world. You must persuade them all.

The “instinctive brain” developed around five million years ago. It regulates unconscious processes like breathing and the circulatory system, and it scans the environment for potential danger. It efficiently makes snap judgments about whether a stranger is a threat or not.

The “emotional brain” secretes chemicals that promote self-confidence, love or fear. When such emotions are in play, people act with enthusiasm and passion.

The “logical brain” is the largest and newest part of the brain. Your logical brain judges the soundness of information and ideas. It is capable of great discernment, but has trouble distinguishing logical ideas from those that only appear logical.

Persuasion and the Instinctive Brain

Leaders stumble when they attempt to persuade an audience with an exclusively logical argument. You don’t consider an argument’s logical...