Summary of The Price of Politics 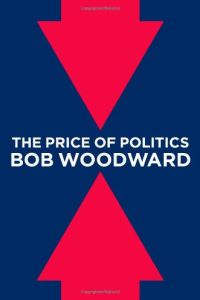 Famed Watergate reporter Bob Woodward tells the inside story of how President Barack Obama’s administration and Republicans in Congress grappled with what one White House adviser aptly called “a modern-day Cuban Missile Crisis.” In the summer of 2011, in the run-up to what should have been a routine House of Representatives vote to raise the national debt ceiling, the US government brought the country to the brink of disaster. Woodward explains how the drama played out. Beware: His budgetary details can be head-spinning, as are the number of meetings, phone conversations, memos and emails that fly between the White House and the Capitol. Woodward wrote the book before the 2012 presidential election, so he does not cover the December 2012 fiscal cliff, the decision on George W. Bush’s tax cuts and the sequester, though his text tells you how all that came to be. getAbstract recommends Woodward’s reportage to policy wonks, nonwonks who like political drama, anyone who cares about making government work and budding policy makers who want to learn how not to run a railroad.

Bob Woodward has written more than a dozen books on the US government, including Obama’s Wars and The Secret Man, as well as All the President’s Men, which he has written with Carl Bernstein.

In the early days of his administration, US President Barack Obama needed to pass a stimulus package to rescue the American economy. He began trying to establish relationships with Republican (GOP) members of Congress. House Minority Leader John Boehner of Ohio and Minority Whip Eric Cantor of Virginia were pivotal players. While the rookie White House team saw Boehner as a pragmatic conservative, Cantor seemed more ideological.

During the stimulus negotiations, the lines of disagreement between the Democratic and Republican parties became clear. Democrats wanted to raise revenue by letting the George W. Bush-era tax cuts lapse. Republicans sought to cut Social Security, Medicare and other benefit programs without raising taxes. In the GOP’s view, slashes to government programs should offset any stimulus spending. These stark differences were not resolved in 2009 (no House Republican voted for the stimulus package), and the argument tainted relations between the executive and legislative branches for the remainder of Obama’s first term.

Senator Kent Conrad, a North Dakota Democrat, warned the president about the country’s debt and spending...

Dear Madam President
8
The Book of Gutsy Women
9
Good and Mad
9
Fear
9
It’s Even Worse Than You Think
8
Can It Happen Here?
8

History Domestic Politics of the USA