Review of This Is Not Propaganda 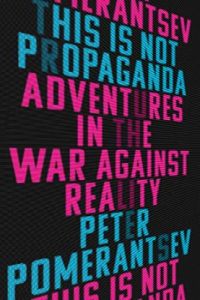 What is the truth? Does it even matter anymore? Information exists in such a superabundance today that it is creating chaos and destroying democratic discourse, argues propaganda and information war expert Peter Pomerantsev. Pomerantsev draws parallels between Soviet-era disinformation techniques and the modern weaponization of information online to explain how the world has arrived at its current moment of crisis: a time when “anyone from anywhere can influence everyone everywhere” and shared understanding of fundamental terms like “democracy” or “Europe” has all but disappeared.

Pomerantsev himself was born in the Soviet Union and, after his father was persecuted by the KGB for dissent, was raised abroad, only returning to Russia as an adult. Pomerantsev leverages those experiences in structuring his book, which is an intriguing mix of reporting and memoir: Each chapter begins with a short but powerful vignette illustrating how his family struggled against propaganda tactics in Cold War-era Soviet Russia and beyond. He explores historical and current disinformation campaigns occurring around the world and the ways people adjust their behavior to match online algorithm-curated proxies for reality. If you’re a social media user, interested in “fake news” and its uses, or simply want to better understand how Russia coordinates its information offensive, Pomerantsev’s insights will both fascinate and terrify you.

Author Peter Pomerantsev is an expert on media and disinformation campaigns. He is a Visiting Senior Fellow at the Institute of Global Affairs at the London School of Economics.

A superabundance of information can stifle dissent as easily as censorship.

Many traditional strong-arm tactics for squelching dissent no longer work in a world where information flows freely. Now, the powerful use social media armies to smear, intimidate and undermine the opposition. Conventional wisdom says the best way to counter lies is with accurate information. But information overload obscures the truth. State-aligned campaigns can, effectively, censor with noise. Pomerantsev begins his analysis of this new sort of disinformation warfare in the Philippines: When Philippine leader Rodrigo Duterte made his bid for the presidency, he hired a twenty-something digital marketer, P, to run social media for his campaign. To support Duterte’s law and order message, P created regional Facebook groups focused on local events, and then began posting daily crime stories. He related all of these posts to “drug crime,” which became a focus for the election.

When Duterte came to power, Pomerantsev writes, vigilantes and rogue cops, inspired by their new president’s anti-drug rhetoric, murdered suspected traffickers. Instead of prosecuting these extrajudicial actions, Duterte supported them. When the online news site Rappler reported the extrajudicial killings, Duterte fans on social media labeled the Rappler “fake news.” Rappler found, however, that the source of the online attacks stemmed not from actual people, but, rather, a network of fake accounts, all repeating the same messages, many from Russian sources.

Putin Sees and Hears it All
9
GIS Dossier: NATO’s strategic dilemmas
6
RT, Sputnik and Russia’s New Theory of War
9
The Sources of Chinese Conduct
7
Russia as It Is
8 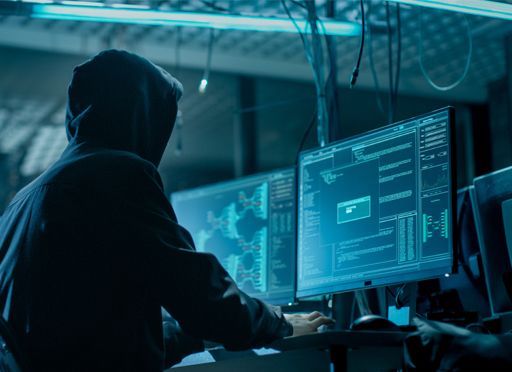