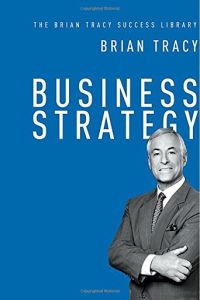 In most industries, 20% of the companies – those with well-developed corporate strategies – make 80% of the profits. Business author Brian Tracy explains strategy and discusses why it’s so important. He identifies its components, outlines what strategy requires and elucidates how companies can develop comprehensive strategies to achieve their goals. Tracy also provides a fascinating report on how Alexander the Great’s superior use of strategy enabled his 50,000-man Macedonian army to defeat the million-man Persian army in the 300s BC, though Tracy’s focus is on strategy, not on precise history. getAbstract recommends this concise but solid manual to corporate strategists, to those whose firms need strategic planning and to students of strategy.

Brian Tracy is chairman and CEO of Brian Tracy International, a training and development firm. His other books include No Excuses!, Eat that Frog!, Maximum Achievement and The Psychology of Selling.

Alexander the Great (356-323 BC) was king of Macedon, an ancient kingdom in northern Greece. He was known as “the Great” due to his strategic prowess. When he became king at age 20, the Macedonians ruled all Greece.

Alexander learned that disloyal plotters and rebels intended to assassinate him and free the Greek city-states from Macedonian rule, so he reorganized the Macedonian army, appointing generals he could trust. Then, he defeated the insurgent armies. By 21, Alexander was the undisputed master of Greece. He set out to introduce Greek culture worldwide through conquest. He permitted kings who didn’t oppose him to stay in power if they paid an annual tax to Macedon. Alexander invited soldiers from other countries to join his army for the opportunity to capture booty.

The night before the battle, Alexander communicated his battle plan to his generals...