Summary of IMF Essays from a Time of Crisis 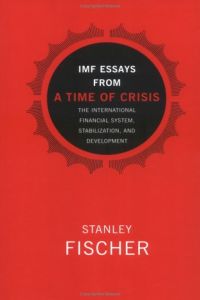 This lucid, plain, straightforward book is not necessarily the sort of thing one expects from an economist, yet author Stanley Fischer is one of our era’s greatest economists. His work at the International Monetary Fund put him on the front lines during some of the twentieth century’s most serious economic crises and panics. He has a unique and valuable perspective. His timely discussion of the IMF and the World Bank provides a sobering antidote to the rhetoric of both globalization and anti-globalization. Fischer reminds us that the IMF’s many glaring failures and imperfections are the stumbles and flaws of an organization that has done good work to further a noble purpose. It also has proven willing and able to change when the facts do. For good reason, Fischer’s essays sometimes read like the arguments of a defense attorney countering prosecutorial accusations. The IMF has come in for so much criticism in recent years that it is refreshing to discover so many points in its favor, and getAbstract.com finds it both fair and prudent to consider them carefully.

Stanley Fischer is president of Citigroup International and vice chairman of Citigroup, Inc. He served as first deputy managing director of the IMF from 1994 to 2001. Prior to that, he was Killian Professor and head of the department of economics at the Massachusetts Institute of Technology (MIT).

After the devastation of World War II, representatives of the Allied and neutral powers assembled in a New Hampshire hotel called Bretton Woods. Their objective: to plot a new international order of peace and prosperity. Many of those present recognized that economic battles among nations had preceded the mobilization of troops. They hoped it would be possible to develop an international economic order that would engage the countries of the world in a cooperative, mutually supportive endeavor to secure the peace and support just and free economic development. The Bretton Woods conference created two distinct organizations, the International Bank for Reconstruction and Development (IBRD), now popularly called the World Bank, and the International Monetary Fund (IMF), often referred to merely as the Fund.

When he was the deputy managing director of the IMF, economist Stanley Fischer used to carry a laminated card enumerating the Fund’s original purposes as defined in Article I of the Articles of Agreement that established the institution. Because those who criticize, support, debate or discuss the work of the...