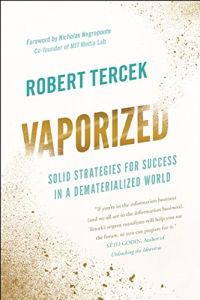 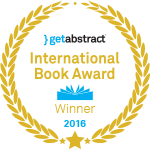 Media executive Robert Tercek switches between two authorial voices: Grandpa explaining digital history and Internet networks versus Cassandra warning about the consequences of the coming age of “vaporization,” when nearly every transaction and company will go digital. The former voice will appeal to college students and older businesspeople, but the latter voice is more interesting, in fact, fascinating. Tercek writes with clarity and logic. He admirably avoids jargon. His expertise informs the history he describes and the credible predictions he makes. This is a rare overview written by an insider with successful outside experience. He regards Apple, Google and Amazon as oligarchies whose leaders understand that no asset is as valuable as properly applied data. The future belongs to them. Of course, as Tercek explains, that raises issues of personal privacy and monopolistic business practices. getAbstract recommends this perceptive analysis to those new to digital businesses, those whose business model is at risk of vaporization and those hoping to profit from the coming shift from the physical world to the universe of data.

Architect, author and futurist R. Buckminster Fuller (1895-1983) was fond of saying, “Let’s do more with less.” In 1938, he coined the phrase “ephemeralization” to describe how technology makes more with less material and how physical objects either shrink smaller or disappear altogether. Fuller believed this process fueled productivity. Looking ahead, he found that “three great currents” define the commercial world: unstoppable globalization, “dematerialization into knowledge” and infinite networking.

As businesses go digital, they become either software or software-derived. Amazon, for example, is a software-defined company. These entities are “adaptable,” expansive and multifaceted. As operations gain in information intensity, they shed their physical aspects and become more of a “service.” Uber, for example, has almost no physical assets: It owns no cars, garages or service stations. Yet it rules the market it invented. Amazon built its retail dominance with no stores.

Physical items contain data, but in the digital future, that information will be unlocked. Consider the once legendary Tower Records store on famous Sunset Boulevard...