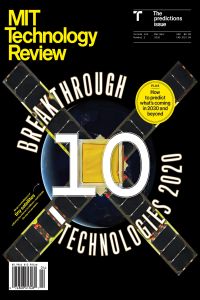 Within five years, unhackable internet communications based on quantum physics could be possible.

A team at Delft University of Technology in the Netherlands is constructing an internet that connects four cities via quantum technology. Researchers have previously been able to securely transmit pairs of photons across fiber optic cables, but an inherent risk of hacking still existed.

Entangled particles are difficult to create and transmit, but the Delft team has already sent them over a 1.5 km distance. They project establishment of a quantum link between the University and the Hague by the end of 2020, using repeaters to extend the network’s range.

Scientists were able to successfully treat a young girl’s genetic malfunction within a year using drugs made uniquely for her. The girl, Mila Makovec, is now able to walk by herself and has fewer seizures than before treatment. Such one-person drugs could be administered through gene editing, gene replacement or antisense (a form of DNA “silencing”). They can also ...

What Is Herd Immunity and Can It Stop the Coronavirus?
8
What is Geoengineering – and Why Should You Care?
8
Once Hailed as Unhackable, Blockchains are now Getting Hacked
8
How Blockchain Is Kickstarting the Financial Lives of Refugees
7
10 Breakthrough Technologies 2019
10
10 Breakthrough Technologies 2018
8
Technologists Are Trying to Fix the “Filter Bubble” Problem that Tech Helped Create
8
Small Reactors Could Kick-Start the Stalled Nuclear Sector
8
The Body Builders
9