Summary of 3 Kinds of Bias that Shape Your Worldview 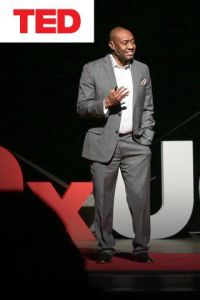 Meteorologist J. Marshall Shepherd can’t necessarily predict whether your daughter’s wedding day will be sunny or cloudy, but he can tell you with certainty that climate change isn’t a matter of belief but of scientific fact. Some people disagree, but perhaps a set of internal biases is clouding their ability to learn new things or expand their knowledge. Shepherd’s talk won’t persuade you that climate change is real if you’re convinced otherwise, but it might make you wonder why you hold the opinions you do. Shepherd’s thesis will interest science fans and climate skeptics alike, and it will challenge all viewers to delve into their own unconscious biases.

Meteorologist J. Marshall Shepherd is a weather and climate expert. He teaches geography and atmospheric sciences at the University of Georgia.

People often ask meteorologist J. Marshall Shepherd whether he believes in climate change. The question always baffles him, because climate change, like gravity, is a scientific fact. Nobody doubts whether a ball will fall to earth if you drop it from the top of a skyscraper, yet many people deny global warming.

A series of cognitive biases influence people’s perceptions and beliefs.

According to the American Association for the Advancement of Science, the views of scientists diverge from those of the general public on all manner of scientific subjects, including human evolution, genetically modified food and animal research. For example, while 87% of scientists believe that human activity contributes to climate change, just 50% of the public concur.

Political Will Is a Renewable Resource
5