Summary of A Brief History of Netflix Personalization 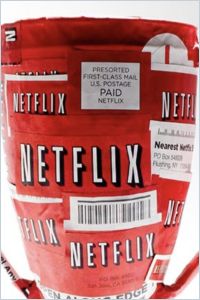 Netflix launched its DVD-by-mail service in 1998, using the Cinematch algorithm and a five-star rating system to connect customers with videos they’d like. Former Netflix VP of Product, Gibson Biddle, explains how Netflix fine-tuned its user data collection and metrics to become a leader in personalization. In the future, Netflix hopes you will only have to turn on your TV to see the movie you want. Biddle’s article on Medium will intrigue developers and leaders looking to boost their data collection and personalization, and viewers who’d like to see how well Netflix understands them – and how it knows.

Gibson Biddle hosts online events for product leaders. He served as chief product officer at Chegg, senior vice president of product at The Learning Company and VP of product at Netflix.

Netflix’s customers choose the company’s personalized video suggestions most of the time.

Netflix began in 1998 offering fewer than 1,000 DVDs via mail order from its website. In 2000, the company began offering unlimited DVD rentals. Netflix created a video queue, which automated sending your next video to you when you returned the one you had just watched.

Today, about 80% of Netflix customers choose videos the streaming site suggests for them. When the company started, only 2% of users took the time to rate DVDs on its website – one of the first ways Netflix collected data about what viewers want.

Netflix achieved its current level of customization by vesting in a strategy spawned by its risk-taking culture. The company introduced a “collaborative filtering algorithm,” Cinematch, that predicted whether a particular customer would like a particular movie. By 2001, Netflix set up a five-star rating system to collect more granular user preference data.

In the following years, the company implemented a dynamic system that marketed only movies it could physically deliver to a customer the next day. Netflix added more...

Hollywood's Obituary, the Sequel. Now Streaming
8
Are You Managing Your Risks from Social Media?
7
Getting Started with Digital Transformation
8
Powering the Innovation Flywheel in the Digital Era
7
The Event Industry Is Being Confronted By Its Napster Moment
8
What Does Personalization in Banking Really Mean?
7