Summary of Adam Smith and the Virtues of Enlightenment 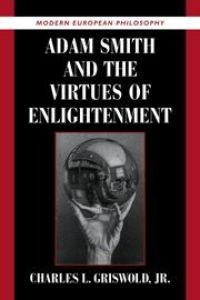 Put on your scuba gear - we’re diving down deep. Even though Charles L. Griswold, Jr. writes in a dense, academic style, it is worth swimming through his prose to learn about the remarkable work of 18th-century Enlightenment philosopher Adam Smith. Regarded as one of the fathers of modern economic thought, Smith has been misunderstood for the last century because his ethical philosophy has been overlooked. Instead, economists have drawn attention only to his thumbs-up for free enterprise and free trade. Smith believed neither was worthwhile without ethics, a point some modern economists might profitably revisit. getAbstract highly recommends this richly detailed, insightful book to anyone interested in economic, political, or social philosophy.

Charles L. Griswold, Jr.  is a professor of philosophy at Boston University. He has published in a variety of fields, including ancient philosophy, the Scottish Enlightenment, and German idealism.

Adam Smith (1723-1790) was a Scottish philosopher and economist widely regarded as the founder of political economy. In his book, The Wealth of Nations, published in 1776, he defined the wealth of a nation in terms of its labor. He said wealth comes from a division of labor in which a production process is divided into many repetitive segments, each performed by different workers. He advocated individual free enterprise and free trade.

Due to his first book, The Theory of Moral Sentiments, published in 1759, Smith was a key figure in the Scottish Enlightenment, and had ties to both the French and the American Enlightenments. The book, translated into both German and French, was so popular it went through six English editions in Smith’s lifetime. It brought him the utmost respect and praise from fellow philosophers David Hume, Edmund Burke, Immanuel Kant, and scores of others.

Unfortunately, modern scholars are so caught up in Smith’s considerable contribution to economic and political thought as presented in The Wealth of Nations, that they overlook the importance of his contributions in ethics, moral psychology, jurisprudence...