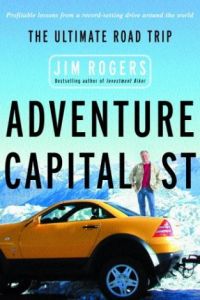 Jim Rogers, an independent, insightful global investor, wrote this great modern adventure story. He made his money by being an investment iconoclast and that maverick attitude shows in his forthright assessments of entire nations and government bureaucracies. His ground-level adventures are entertaining, but they also provide fundamental research about global markets that economists and corporate strategists should find very valuable. If Rogers is right, his feedback could save strategists hundreds of thousands of dollars in research or consulting fees. He seems to report his observations honestly. He flatly states which countries he thinks are disintegrating, and which ones he thinks seem to be ascending. And, he throws in some disturbing opinions about the U.S. getAbstract finds this book valuable for global investors, corporate strategists and people interested in adventure travel. While Rogers and his traveling companion had to endure months of inconvenience, inoculations and car trouble to make their trek, you can enjoy their story from your home or office - unless, of course, it inspires you to hit the road.

Jim Rogers won scholarships to Yale and Oxford. He co-founded the Quantum Fund, a global investment partnership, which gained more than 4,000% over 10 years. He retired at age 37 and continued to manage his own portfolio and teach at the Columbia University School of Business. He is also the author of Investment Biker and Hot Commodities.

When Jim Rogers entered the investment business in 1968, he only had $600. When he left in 1980 at age 37, he could retire. He made his money in an offshore hedge fund that based its investment choices on global flows of information, goods and materials. When he retired, Rogers wanted to see the world from the road. In 1990, he took a two-year, 100,000-mile motorcycle trek (Investment Biker, 1994), but for this 1999 trip, he decided to go primarily by car. He traveled for three years, covered 152,000 miles and visited 116 countries, going across Europe, China, central Asia, Siberia, Australia and then home to North America. He did not set out on a pleasure trip. He included countries caught up in half the world’s civil wars and earned a citation in the Guinness Book of World Records.

This was a dramatic change from his childhood in Demopolis, Alabama. But his experiences taught him to question the "experts." He had to see for himself, to question real people - including black marketeers - to find out how countries work. He used this type of investment research approach profitably in such overlooked markets as Austria, Botswana and Peru. 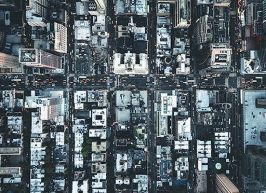