Summary of Against the Gods 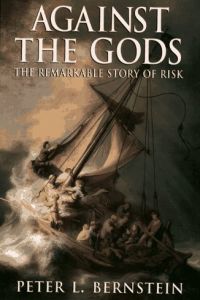 This work is a minor classic of financial literature. Business historian Peter L. Bernstein wrote it during the early 1990s, when faith in the power of quantitative models and financial engineering was at its apex, and he tells a heroic story. Beginning with Greek mythology, Bernstein shows how cultural ideas about risk and probability evolved through Arab mathematics, the European Enlightenment and Chicago School economics. He writes in a spare, straightforward style, and manages to convey the essentials of financial theory and the essences of great economists without losing the reader in a maze of equations. Of course, the 2008 financial crisis cast probabilistic models and financial engineering as global market villains. In retrospect, that makes Bernstein’s evident admiration for those models seem rather touchingly ingenuous. Nonetheless, getAbstract finds that this is still one of the best popular introductions to the development of financial science.

Gambling was part of the Greeks’ creation myth. Their gods played dice to decide who would rule the heavens, the seas and the underworld. However, the ancient Greek pioneers of science and philosophy did not undertake the study of probability. Nor, for that matter, did the philosophers of the Hebrew Talmud, although they used calculations of odds to determine what was permissible under the law. Not until the Renaissance did thinkers turn their attention to developing the mathematics of probability. Then, in order to move ahead, they needed numbers.

The Hindu numbering system originated in roughly A.D. 500. Arabs began using it in about A.D. 700, brought it out of India and spread it through the world. The concept of zero was one of the most profound innovations in mathematical history. The invention of zero allowed people to calculate using merely 10 symbols: 0, 1, 2, 3, 4, 5, 6, 7, 8 and 9.

Leonardo Pisano, known as an adult – and today – as Fibonacci, explored the power and possibility of Arabic numbers in Liber Abaci, or Book of the Abacus. His work was published in 1202, a time when much of the Western world...

A Man for All Markets
8
Capitalism’s Toxic Assumptions
7
Thinking, Fast and Slow
8
Too Smart for Our Own Good
8
Inventing the Individual
8
Convinced!
9