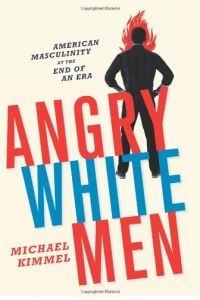 No group seems more threatened by the speed and breadth of social change in the United States than white men age 35 to 65. Gender studies professor Michael Kimmel reports on this clamorous cohort, whose members believe modern society besmirches their family values and traditions. Some white men feel stabbed in the back – by women, the rich, minorities, their own failures and a government that rescues banks and firms but not “the little guy.” Bitter, these men and their sons too often turn to guns to avenge their sense of loss. While always politically neutral, getAbstract lauds Kimmel’s sobering explanation of how this phenomenon spawns hatred and violence.

An Audience of Men

The number of AM talk radio stations in America rose from 500 in the mid-1990s to 3,500 today. Stars Rush Limbaugh and Michael Savage draw a predominantly male audience. Limbaugh listeners tend to be older and less educated than those who watch liberals Stephen Colbert or Rachel Maddow. Among Limbaugh’s audience, 29% are college graduates and 70% self-identify as conservative.

Of the 1.1 million people who visit the Limbaugh website each month, the notable age bubble is between 45 and 54. More than 94% are white, 85% are male and two-thirds are childless. Most have college degrees, but earn less than $100,000 annually, which suggests downward mobility. This demographic acquired all the tools to make it in America, but something happened. They didn’t get the career or the family they hoped for. They tend toward anger and “aggrieved entitlement.” They feel powerless at the hands of women, society, minorities and government.

The “outrage media” and its maestros of fear and uncertainty sustain this sense of lost entitlement. Limbaugh epitomizes the “angry white man.” Consider his personal history of failed marriages and childlessness, drug addiction...