Ecco, 2018
AUTONOMY: The Quest to Build the Driverless Car—And How It Will Reshape Our World. Copyright © 2018 by Lawrence D. Burns. Published by arrangement with Ecco, an imprint of HarperCollins Publishers
ISBN: 9780062661128
Pages: 368 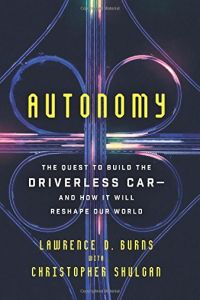 Former GM executive Lawrence Burns – collaborating with business writer Christopher Shulgan – tells the exciting story of the development of the driverless car. He reports on the races sponsored by the US military to develop autonomous vehicles, which offered multimillion-dollar prizes. The authors also provide an insider view of how the auto industry reacted to the prospect of this new technology as well as exploring the potential cost and time savings, and safety and convenience of AVs. This analysis will engage anyone fascinated by the new future for mobility that may be just around the corner.

Lawrence D. Burns served as corporate vice president of research, development and planning at General Motors and has served as an adviser to the Google’s Waymo project since 2011. Christopher Shulgan is a business writer who specializes in collaborating with industry experts.

The internal combustion car has problems with energy efficiency and safety.

In the United States, more than 95% of the 252 million light-duty vehicles on the road are powered by gasoline and use more than 180 billion gallons of fuel each year. Gasoline-powered engines are inefficient and use only around 1.5% of the energy generated to move the car. Private owners use their cars on average only 5% of the time, creating significant parking problems in large cities.

The combination of weight and speed also makes cars dangerous. There were more than 37,000 automobile-related deaths in the United States in 2016. Globally, the number is a shocking 1.3 million car-related deaths annually. In addition, the emissions of gasoline-powered vehicles contribute a significant amount to the greenhouse gases created by the United States.

The time and energy wasted by cars cost the US economy more than $4 trillion annually.

In the United States, the average cost of car ownership and operation is about $1.50 per mile. The Program on Sustainable Mobility at Columbia University estimates that ...

Smart Cities For Dummies
8
Taming the Sun
9
5G vs 4G: What Is the Difference?
7 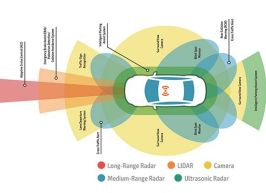