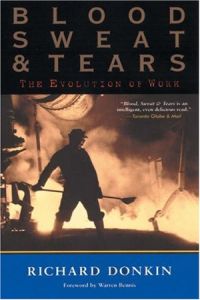 If you’ve ever wondered about how your workplace came to be as it is, or where the work ethic comes from, you’ll love Richard Donkin’s absorbing exploration of the history of work. From the caveman to the man in pinstripes, he covers it all in a journey that also includes plenty of wit and wisdom. Delving deeply into societies of every era, the book’s strength lies in its context and insight. Donkin even provides a good "a-ha!" or two in each chapter, you know, those moments when you smile, nod and say, "Oh, so that’s where that comes from." getAbstract highly recommends this book to all workers, from hunter-gatherers to CEOs.

Richard Donklin is a leading columnist and writer for the Financial Times . He regularly appears on radio and contributed to other leading magazines on issues relating to business.

The Nature of Work

The nature of work has changed drastically over the centuries. Most changes have been the result of revolutionary shifts that also affected the way people live and behave. Three major watersheds dominate the evolution of work. The first was the agrarian revolution, when people abandoned their hunter-gather lifestyles and formed farming communities instead. The second was the industrial revolution, marked by the advent of working machines and the concentration of people in cities. The third is the current new technology revolution, and for a description of that, just look around you.

Despite such drastic catalysts, old habits and attitudes make societies resist change, a phenomenon called social drag. The strongest of such attitudes is the Protestant work ethic, which has its roots in the 16th-century English Puritanism. For centuries, this approach led to a make-work society in which values are distorted, and it still exists.

But that is not the only influence that affected our working world over time; the list is endless - stretching from slavery to medieval guilds, from the creation of trade secrets to the political and religious patterns...