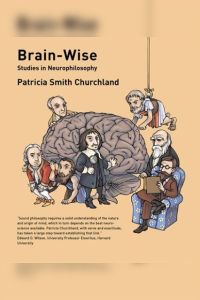 This masterly book summarizes a prodigious amount of research about the workings of the brain. Author Patricia Smith Churchland introduces the basics of neuroscience to the realm of philosophy. She says that present scientific knowledge about the brain makes it implausible that there is any such thing as an immaterial mind or soul. A committed materialist (although she does not make the case for materialism), she puts a mass of incomplete scientific evidence before you and says that more scientific evidence will emerge over the next decade or so to complete the picture and solidify the case. She does not do justice to contrary views, which she introduces as straw men, easily knocked down. That said, getAbstract finds that Churchland provides a valuable, highly readable discussion of the challenges neuroscience presents to philosophy. She makes it clear that any philosophy of consciousness must be informed by knowledge of the brain.

Patricia Smith Churchland is chair of the philosophy department and a professor of philosophy at the University of California, San Diego, and an adjunct professor at the Salk Institute. She is the author of Neurophilosophy: Towards a Unified Understanding of the Mind-Brain, and co-author of On the Contrary and The Computational Brain.

The Mind and Brain

Scientifically, the brain seems perfectly capable of doing everything people used to think that the mind accomplished. Current neuroscience says that everything about you, even your most complex, characteristic and idiosyncratic personality traits, is a function of neuro-chemical reactions. Very probably, people do not have immaterial souls or minds, or wills that choose freely. Consciousness is not mysterious; it is an orderly pattern of perfectly natural and understandable neural activities.

What does this imply for philosophy? Philosophers traditionally grapple with big questions, those out of reach of other disciplines. But science has progressed so far that fewer questions are unreachable. Neurophilosophy focuses on the intersection of new neuroscience and old philosophy. Almost from the beginning, philosophy divided into two categories. Natural philosophy considered the natural world, while moral philosophy questioned how people should live. Science long ago replaced natural philosophy; indeed, the very phrase has an anachronistic ring. Now science is making discoveries that are relevant to moral philosophy.