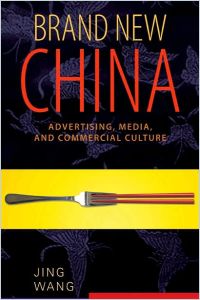 This is a hybrid book, part academic treatise and part business report. Although her practical experience in the world of advertising is minimal (consisting of several summers spent working in an ad agency in China), professor Jing Wang has applied her academic skills to study advertising in China. Her book does not speak primarily to advertising practitioners as much as to her fellow academics. Much of her content will also interest media professionals – if they can stay the course through her interesting, but somewhat disorganized professorial prose. getAbstract finds that Wang is at her best when relating anecdotes about advertising successes and failures in the Chinese market. She also shines when providing cultural insights that show how and why Western marketers have failed in the Middle Kingdom. Wang speaks with almost glowing anticipation of what the Olympics might achieve on behalf of “Brand China.” Though published in 2008, her book clearly went to press before the earthquake, the fresh controversy over Tibet and the demonstrations that brought a new kind of attention to the Chinese Olympics.

Jing Wang is the S.C. Fang Professor of Chinese Language and Culture at MIT, the chair of the International Advisory Board of Creative Commons China Mainland, and the author of High Culture Fever.

During the 1966-1976 Cultural Revolution, the People’s Republic of China prohibited commercial advertising, but its absence was an aberration. Advertising flourished through the late 19th and early 20th centuries, and was present, if not exactly flourishing, prior to 1966. A Shanghai TV station broadcast the first post-Cultural Revolution ad in 1979, and the industry has grown remarkably ever since. In 2005, nearly one million people worked in more than 80,000 advertising agencies and almost 10,000 media outlets in China. Total ad billings were $18 billion.

Old traditions persist behind the veil of the country’s visible changes, making “New China” a dangerously misleading phrase. China’s major corporations are organized in a way that blends with the discipline and hierarchy that have characterized China since its first emperor, and that continued under Chairman Mao. For example, although advertising seems to make a clean break with Maoism, a closer look reveals that China’s emerging brands use Mao-like language.

For instance, Haier, a major electrical goods manufacturer based in Qingdao, uses quotations from the “Great Helmsman” (... 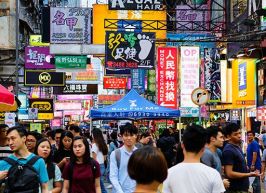