Summary of Brexit Without The Bullshit 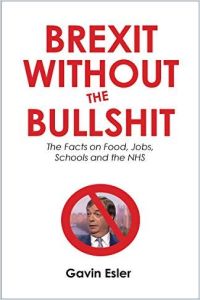 The referendum campaigns for and against Brexit were mostly based on fear and falsehoods rather than facts. Though it is clear that Brexit has increased polarization within British society, other consequences of the decision remain opaque. Will living costs rise? Will there be more money for the health system, education and investment in the UK market? Will the country lose qualified, much-needed workers? This short, insightful book by journalist and broadcaster Gavin Esler offers a disconcerting examination of the real effects Brexit will have on Britain’s economy, culture and society.

Gavin Esler is a journalist, broadcaster and author. He presented the BBC current affairs show Newsnight for 12 years and is now Chancellor of the University of Kent.

Food prices and standards will change for the worse after Brexit.

Even though it is impossible to determine the full effect Brexit will have on daily life in the United Kingdom, it is fairly certain that food is one area where changes for the worse will occur. For one thing, Britain will need to negotiate new global trade deals post-Brexit. Considering that trade deals often take years to negotiate and that the UK lacks the clout of the massive EU market, establishing new deals will be neither an easy nor a quick feat. Furthermore, the post-Brexit deals will almost certainly mean higher food prices and lower food standards. For example, the United States is pushing to export their genetically modified food, chlorinated chicken and antibiotics-treated meat to the UK.

Brexit will affect food production within Britain as well. The decision to leave the European Union has already affected the settlement scheme for EU nationals who currently live and work in the UK: Even those Europeans who have called Britain home for decades must now apply for the right to remain in the UK. The fees associated... 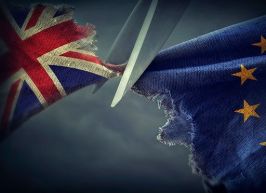