Summary of Bridging the Gender Gap 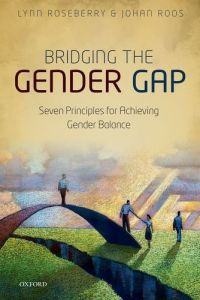 Law and business professors Lynn Roseberry and Johan Roos reviewed 60 years of gender-related research in history, law, psychology and the sciences. They interviewed students, politicians and corporate leaders. And now they report their findings to you. After introducing compelling data on the nature of the gender gap, they use each chapter to address a different common argument against “gender balance.” Their statistics are occasionally confusing or even a bit contradictory, but their discussions are impressive and sage, without being dry or boring. The authors’ solid arguments against common gender misconceptions offer executives and HR professionals new insights into positive changes they can implement. getAbstract recommends this worthy overview to businesspeople seeking to address the gender gap.

The statistics on gender imbalance are staggering. In 2010, only 11 of the world’s 192 “heads of government” were women. In the US, women hold only 18% of seats in the House of Representatives and only 20% of the Senate. In Nordic countries, women hold 42% of seats in national parliaments. As of 2013, only 4.2% of the CEOs of Fortune 500 firms were women, and women made up only 15% of American and Western European corporate boards. Women hold 24% of full professorships in the US and make up only 15% to 20% of European faculties.

Most people agree on the morality of gender balance; they concur that discrimination isn’t fair. Yet, an economic argument is more persuasive in the workplace. Some data suggest that companies with three or more female board directors will outperform those with low female representation “by 84% in return on sales, by 60% in return on invested capital and by 46% on return on equity” over the course of four or five years.

Closing the gender gap also affects national gross domestic product (GDP); some US economists believe that 65% of 1970s’ GDP growth was due to the increasing number of women in the workforce. ...