Summary of Bytes, Bombs and Spies 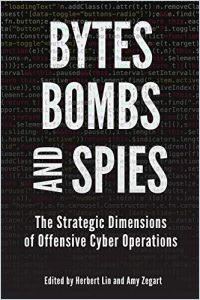 Cyberspace is the new front of geopolitical conflict – a place where nations like North Korea can strike blows that far exceed their capacity in traditional warfare. According to the experts in cybersecurity represented in this essay collection, the rise of cyber warfare raises all manner of strategic dilemmas. How does America retaliate against an adversary that has no internet economy? Will retaliatory cyberattacks really deter enemies? This study provides more questions than answers, while also asserting that cyberspace is an increasingly crucial front in the fight for international power.

Herbert Lin is senior research scholar for cyber policy and security at Stanford University. Amy Zegart is a professor of political science at Stanford. Both are affiliated with the university’s Center for International Security and Cooperation and the Hoover Institution.

Cyberspace has emerged as a new domain for global conflict, theft and destruction.

In May 2017, North Korea unleashed the WannaCry ransomware assault, Chris Inglis writes. By exploiting a weakness in some Microsoft operating systems, government hackers took control of hundreds of thousands of computers, remotely encrypted their files and demanded money from their owners in exchange for the restoration of their data. Cyber crime is a chaotic frontier – one where shadowy bad actors count on the element of surprise, and their targets have little choice but to hunker down and play defense. Attackers are able to probe for weakness, to disguise their incursions by distributing them broadly, and to choose the time and method of their strikes. If those factors weren’t enough to give cyber criminals the advantage, there’s also confusion surrounding jurisdiction in cross-border attacks.

North Korea isn’t the only nation engaged in cyber warfare, of course. China and Russia also have joined the fray. In response to this new threat, the US Defense Department created US Cyber Command: a unit with the stated goal of both...

The Hacker and the State
9

Dawn of the Code War
8 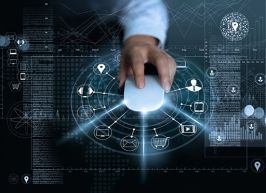