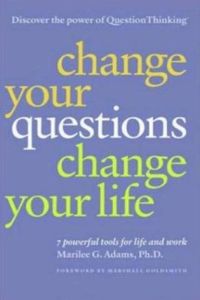 Marilee G. Adams found that she could generate positive changes in her behavior and productivity by changing the defensive questions that she previously asked in the face of adversity. Analyzing those protective questions showed her that she took setbacks and criticism too personally. Asking different questions enabled her to reframe each moment and create growth opportunities. Adams illustrates the problem-solving power of honest curiosity. Her "QuestionThinking" method generates practical ways to change your mind, literally. These are great ideas; however, their repetition within a fictional storyline may annoy some readers, while others may like this allegorical approach to telling the tale. The self-questioning techniques are easy to employ, and will help you examine situations from different points of view, which can come in quite handy. getAbstract recommends adding this set of tools to your interpersonal communication toolkit.

Marilee G. Adams, Ph.D., is a consultant, a psychotherapist and the founder of a corporate training organization.

Ben Knight took an executive position in a failing company that hired him to turn things around. It was a sink-or-swim situation. Within two weeks, he felt unqualified to do his job. When he offered to resign, his boss insisted that he work with an "inquiring executive coach" named Joseph. The coach introduced Ben to "QuestionThinking," a way of utilizing inquiry to understand problems better, and to formulate progressive steps toward goals. Ben felt he needed answers, but Joseph suggested that what he really needed were questions. He made Ben realize that he, like most people, responded to situations with unconscious questions and statements that affected his mood and his ability to deal with problems.

"Putting the Power of Questions to Work"

Joseph illustrated the power of changing the questions you ask yourself with an example from history. The question, "How do we get ourselves to water?" drove the ancient hunters and gatherers. The age of farming and all subsequent human progress came about because of a different question: "How do we get water to come to us?"

An event or emotion or any other stimulus that has an impact on you provokes... 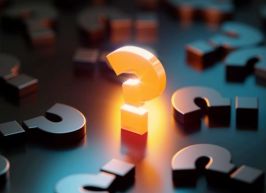