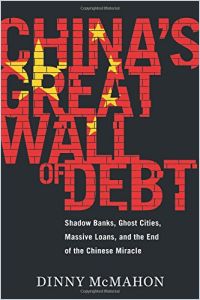 In this revealing book, financial journalist Dinny McMahon highlights how current aspects of China’s economy echo the events that led up to the 2008 financial crisis in the United States: lax economic policy, excessive creation of new money, rising nonperforming loans and self-perpetuating asset bubbles in property markets. Instead of tackling underlying structural problems, China’s government has unleashed massive stimulus in the form of a building boom that its leaders hope will maintain strong growth. But bubbles burst, and poor investments eventually come home to roost. McMahon’s insights reveal a complex nation and the global consequences of its decisions.

Formerly a financial reporter for The Wall Street Journal in Beijing, Dinny McMahon holds a fellowship at the Woodrow Wilson International Centre for Scholars.

China responded to a drop in exports after 2008 by stimulating construction.

When the 2008 financial crisis hit, China’s government looked for domestic economic activity to fill the gap left by its shrinking exports to the West. The state instructed its banks to turn on the financial faucets and ever since, vast amounts of cash have flowed into a Chinese construction boom. State-owned companies, helped by their close relationships to public banks, are quietly amassing huge debts. This stimulus strategy has worked so far; the Chinese economy powered through the post-2008 global slump.

The funds set the stage for the biggest construction boom in history. The need to counter the global downturn and house migrants from the countryside led to runaway building. In one telling statistic, between 2011 and 2013, China used more cement than the United States did during the entire 20th century. Another worrying factor is that China’s banking system quadrupled in size from 2009 to 2018. The initial justification for needing to create housing for internal migrants has in many cases gone by... 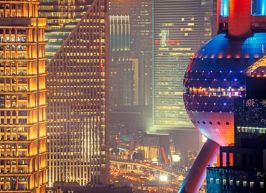