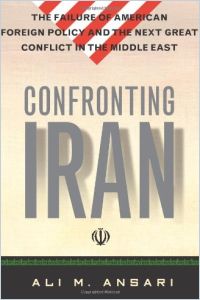 This slightly convoluted book provides tremendous background to help advanced readers understand the complex motives and machinations that shape U.S.-Iranian relations. Unfortunately, professor Ali Ansari has a definite point of view that affects his presentation about Iran's stated nuclear threats and terrorist financing, even as he chides the "trigger-happy Americans" in Iraq. He may be right that the U.S. missed several opportunities to reduce tensions with Iran, but he admits that Iran's overtures were oblique and unpopular. His baroque interpretations of Iran's motives and the relationships among its factions is dizzying, and open to question - ultimately adding to Iran's mystery. Despite its biases, getAbstract considers this important for those seeking a comprehensive overview of Iran and its complex U.S. relations. The book goes well beyond any discussion available in the mass media.

Ali M. Ansari, Ph.D., teaches modern history at Scotland's University of St. Andrews. He has written numerous books and articles on Middle Eastern history and politics. He is a commentator on Iran on CBS, NBC, ABC, CNN, FOX and National Public Radio, and has written for the Financial Times, the Independent (London), and many other periodicals.

Iran has challenged foreign policy experts in every U.S. administration since 1979, when the Iranian Revolution's 444-day hostage standoff cost Jimmy Carter the presidential election and produced the Iran-Contra scandal that tarred Ronald Reagan. These crises produced a negative U.S. policy toward Iran, and the situation is worsening today under the heated rhetoric of Iran's reckless President Mahmoud Ahmadinejad.

While the U.S. has no comprehensive policy toward Iran, the country's geo-political importance - heightened by U.S. war efforts in Iraq and Afghanistan - demands serious attention. Iran owns the world's second largest oil and natural gas reserves (after Saudi Arabia). It has extensive copper, gold and uranium, and it sits between the Persian Gulf and the Caspian Sea, both major oil shipping lanes.

American presidents who tried to work with Iran earned few rewards. Even prior to the September 11, 2001, terrorist attacks, diplomats faced a daunting political downside. After the attacks, Iran resurfaced as one of the nations President Bush dubbed "The Axis of Evil" and as the primary financial supporter of worldwide terrorism. Few remembered... 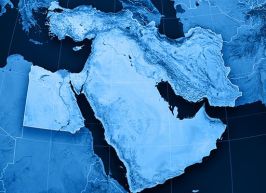 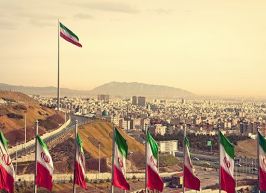