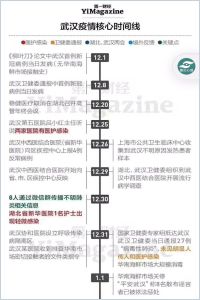 As of mid-March, 2020, COVID-19, the illness caused by a new type of coronavirus first found in the city of Wuhan, China, has infected over 80,000 people with over 3,000 deaths. The Chinese government has been widely criticized for attempts to cover up the outbreak and downplay its severity in the early days. As a result, containment of the coronavirus failed and the exponential spread of the virus overwhelmed China’s health care system. The government was forced into a rare public confrontation with its mistakes and swiftly implemented drastic lockdown measures, which have proven effective. But the question remains: when and what did China cover up, and how could this have gone differently?

Chen Rui and Xu Bingqing are reporters for YiMagazine, a leading financial news platform in China.

Beginning in early December, 2019, doctors in Wuhan became alarmed by strange cases of respiratory pneumonia that showed up in multiple hospitals.

In “Clinical features of patients infected with 2019 novel coronavirus in Wuhan, China,” a study published by the medical journal The Lancet in late January, researchers claimed that the first case of the novel coronavirus appeared on December 1, 2019. The individual had no link to Huanan Seafood Market, the live animal and seafood wholesale market in Wuhan where it is suspected the virus originated. Official reports from the Wuhan Municipal Health Commission (WMHC) dates the first case as December 8. On December 20, Winner Medical, a company that supplies hospitals with masks and bandages, canceled its annual gala in Hubei Province.

On Christmas Day, a hospital director was alerted about medical staff getting infected by an unknown disease at two separate hospitals. The next day, a Wuhan hospital reported four cases of an unknown disease to Wuhan’s Center for Disease Control and Prevention (Wuhan CDC). A sample of the virus was sent to Shanghai Public Health Clinical Center to be studied. On... 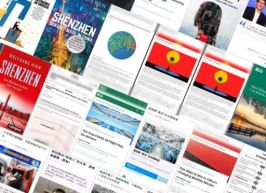