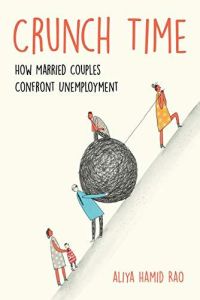 The review below was first published in the getAbstract Journal on Jul 12, 2022.
We’ve reviewed this title for you as we currently cannot offer a summary.

How do couples contend with a job loss? Aliya Hamid Rao, an assistant professor in the Department of Methodology at the London School of Economics, focuses on a neglected area of research: how unemployment affects affluent – or previously affluent – families. Some 92% of white-collar workers will face job loss at some point, Rao writes. When that occurs, she has learned, affluent Americans worry less about falling into poverty than about losing social status.

This fear leads many couples to cling to an obsolete vision of American life; rather than regarding joblessness as an opportunity for families to rearrange their dynamics, Rao finds unemployment reinforces unhealthy, unproductive and dated gender stereotypes and inequalities.

How We Eat
7
Book

How Hexagon disrupted itself to create a consumer products division