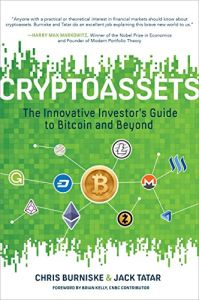 The Innovative Investor’s Guide to Bitcoin and Beyond

Financial experts Chris Burniske and Jack Tatar offer a good start to those seeking in-depth information on the investment potential of bitcoin, blockchain and cryptoassets. Their readable, amply detailed manual begins with a basic introduction to bitcoin and continues into how digital technologies are disrupting various industries. At times, the authors can come across as cheerleaders for cryptoassets, issuing a clarion call to those who regret missing out on previous Internet fortunes. Nevertheless, their comprehensive knowledge of this new technology is robust. While never giving investment advice, getAbstract recommends this substantive guide to beginners of all things crypto.

The Origins of Bitcoin

Bitcoin shot onto the world’s radar just as the United States’ financial system was breaking down in 2008 amid the fallout from collateralized mortgage obligations (CMOs). In October of that year, an individual using the pen name Satoshi Nakamoto released a paper detailing a currency called bitcoin and explaining the blockchain software that underpins it.

Nakamoto had created an alternative to the centralized arrangements used for electronic financial transactions. He designed the system to have “decentralized autonomy”; that is, the masses rather than the government would oversee it. Ostensibly, Nakamoto’s blockchain, had it been available earlier, could have tracked the mortgages in CMOs and surfaced the linkages among them, thereby increasing the securities’ transparency and perhaps mitigating the widespread financial crisis that erupted.

Nakamoto’s real identity and his whereabouts remain unknown. But bitcoin and blockchain have caught on and given rise to a flourishing number of cryptoassets.

The ABCs of Bitcoin and Blockchain

In general, the term “blockchain technology” refers to its...

Chris Burniske is a co-founder of Placeholder Ventures, a firm that focuses on cryptoassets. Jack Tatar is an investor in and adviser to cryptoasset start-ups.

What if bitcoin went to zero?
8

The Future of Bitcoin
7 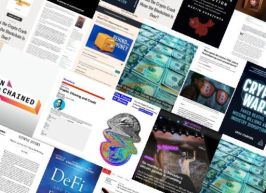