Summary of Disrupt Yourself 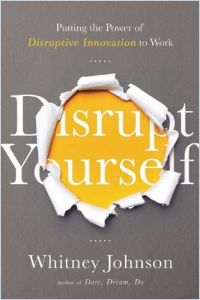 Analyst Whitney Johnson applies Clayton Christensen’s concept of “disruptive innovation” to individual careers. She uses this idea to offer metaphorical lenses that enable you to see your career with new eyes. Johnson's advice on how to innovate will help you take responsibility for redefining your professional path, however, deliberately disrupting yourself could reshape your career, so your path may look quite different if you undertake her approach. Her guidebook will help readers who are seeking new perspectives on their careers and meaning in their work.

Clayton Christensen, author of The Innovator’s Dilemma, popularized the idea of “disruptive innovation.” In this paradigm, companies enter a market by selling a product much cheaper than the firms that currently dominate that market and thus turn it topsy-turvy.

“Disruptors” have little power at first. Larger firms don’t regard them as threats and dismiss them, as American automakers once dismissed Toyota. Those on top don’t defend themselves against or invest in such would-be competitors. Disruptors then embark on a period of intense growth, like America Movil, which went from 1% of the Mexican wireless market to 25% in just five years. As disruptors redefine the playing field, their growth follows a specific pattern – the “S-curve.” At the start, S-curve growth is slow – nearly invisible. The line of the S-curve is almost horizontal. Then the disruption hits a “tipping point”: Growth explodes and the line shifts to sharply vertical. At “saturation,” when the disruptive competitor has captured 90% of the market, its growth drops again.

You can use the S-curve as a model of “personal disruption,” as well as a framework for ...