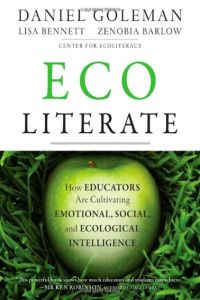 Daniel Goleman (author of Emotional Intelligence), Lisa Bennett and Zenobia Barlow explain the tenets of “ecoliteracy.” They advocate engaging with your community and with environmental causes to thwart ever-increasing threats to clean air, water and land. People need a positive, aware relationship with the natural world to ensure humanity’s individual and collective survival. Population growth from 1.6 billion people in 1900 to more than seven billion in 2012 puts new demands on water supplies, makes it harder to feed people and exhausts the soil. The authors ask if the Earth has “a breaking point,” and then provide educators and concerned citizens with a wealth of teaching ideas, exercises and tools to build knowledge and inspire activism. getAbstract recommends the authors’ lovely, intelligent exploration of ecological issues to anyone interested in education, ethics, the environment and humanity’s relationship to the planet.

In 2009, Johan Rockström, director of Sweden’s Stockholm Environment Institute, assembled a team of more than two-dozen scientists who “identified nine life-support systems essential for human survival.” The team articulated “a safe zone” within which humans can flourish. In several of the nine categories, including “biodiversity, the nitrogen cycle” and “climate change,” society has already passed the “safe boundary.” The Earth isn’t quite at a catastrophic level, yet. Humanity has time to make major changes – as it did when confronted with other critical issues, like ozone-layer depletion. To make these necessary changes, people need ecoliteracy.

In the early 1990s, Howard Gardner’s Frames of Mind explained that people have multiple intelligences. Daniel Goleman followed in 1995, with his book arguing for the importance of Emotional Intelligence. In 2009, his Ecological Intelligence addressed the necessity of understanding and empathizing with ecological systems. Ecoliteracy turns that idea into a teaching and community practice.

The Five Central Principles of Ecoliteracy

Just as an environment consists of many... 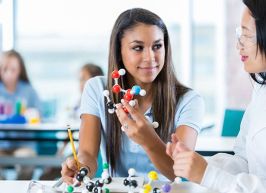