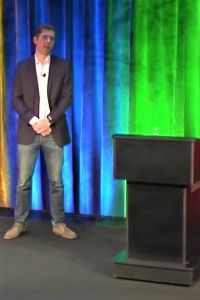 When will humankind become extinct? This question has preoccupied societies for millennia. Yet according to veteran journalist Bryan Walsh, life on Earth has never been as close to the precipice as it is today because many of the existential threats to humankind are self-imposed. But as Walsh explains, these threats also provide cause for optimism – provided scientists find ways to turn technology into a force for good. Until then, the doomsday clock ticks ever closer to midnight.

Bryan Walsh, a former science journalist for Time magazine, is the author of End Times: A Brief Guide to the End of the World.

Humanity has always faced the possibility of extinction, but threats to human existence are growing exponentially due to rapid advances in technology.

Humanity faces both natural and self-imposed threats to survival. Asteroids, supervolcanoes and pandemics are the most likely natural contenders to end life on Earth. These “background risks” have always existed. Aliens present another potential threat that lies beyond human control. Yet many of the most dangerous perils to human survival are synthetic: nuclear war, climate change, bioengineering and artificial intelligence (AI).

The potential for human extinction has never been greater in all of human existence than it is today. Natural catastrophes that could make life on Earth unviable, such as the asteroid collision that killed off the dinosaurs 66 million years ago, are extremely rare. One expert has put the likelihood of a natural event eradicating life on Earth in the 21st century at less than 0.2%.

Artificial threats to human survival, however, are increasing. Due to rapid advances in technology...