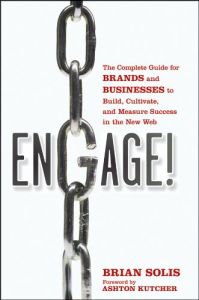 The Complete Guide for Brands and Businesses to Build, Cultivate, and Measure Success in the New Web

Digital analyst and sociologist Brian Solis steps from the virtual world into the real world to teach companies how best to exploit social media to engage consumers, build brand equity and compete. Solis backs up his comprehensive, detailed report with exhaustive research. He does occasionally fall prey to indecipherable phrasing such as, “Inward focus now must include outward contribution.” Despite these minor problems, getAbstract recommends this definitive social media guide to executives who want to stake their firms’ claim in the web’s vast territory.

As of late 2009, Facebook had 350 million registered users, 67 million people were members of Google’s Orkut social network, 90 million used Friendster and 35 million used Bebo. Seven billion YouTube videos streamed monthly, and Technorati tracked 100 million blogs. Twitter had upward of 30 million users, and projections estimate that it will have one billion by 2013. YouTube is now the second-most-popular web search engine, and Twitter has become an accepted alternative.

This wave of activity affects every business. Already, more than 50% of business-to-business companies plan to increase their social media investment, and for good reason: Some 70% of consumers use social networks as their primary source of brand information. And, by 2014, spending on social media will hit $3.1 billion compared to $716 million in 2009.

Given this traffic, sensible companies want ...

Brian Solis, a principal at the research-based advisory firm Altimeter Group, is a digital analyst and sociologist. He leads interactive programs for Fortune 500 companies.

The End of Business as Usual
8

What's the Future of Business?
7

Putting the Public Back in Public Relations
7

The End of Marketing
9 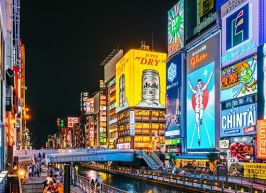