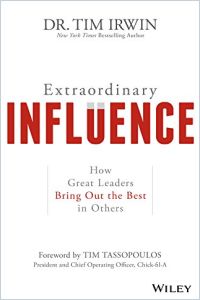 Tim Irwin is a licensed psychologist and a University of Georgia psychology professor. A frequent speaker, he has served on the management team of a Fortune 500 company and has consulted with large corporations worldwide for more than 25 years.

Surveys reveal that close to 70% of employees feel disengaged from their work. Close to a third do as little work as they can. And many managers aren’t helping. Most often, those in command berate disengaged or underperforming employees and threaten them. Instead, managers should embrace leadership tactics that help workers become better employees and better people.

To enhance your ability to bring about change in others, acknowledge and encourage them instead of criticizing them. Taking punitive or negative measures to motivate your employees may have exactly the opposite effect from what you intend. In fact, advances in science show that many conventional management practices lack a sound foundation.

“I’m Going to Hold His Feet to the Fire”

Many senior executives use such belligerent phrases, evocative of ancient torture, to describe how they will get employees to perform. You may have heard some of these remarks, which are clear signs of “Macho Management.” This approach rests on the belief that you can use your toughness to make other people do something they don’t want to do. Proponents ...

The Death of Expertise
9
Saving Face
8
A CEO Only Does Three Things
8
Coach the Person, Not the Problem
8
Lifescale
8
Stress-Proof
8 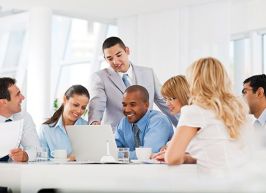