Summary of Failing Up 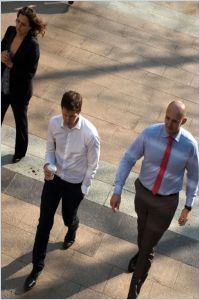 Have you observed a co-worker fail, get another chance, fail again, get another chance, and finally succeed? In this thoughtful BBC article, reporter Zulekha Nathoo explains that this chain of events isn’t worrisome unless bosses are accepting failure based on discrimination. Problems arise when managers don’t apply allowances for failure evenly throughout the workforce. Some employees know they can fail and try again, due in large part to support from their superiors – often those with whom they are a demographic match. Others suspect failure will be held against them, and research shows they are right.

Zulekha Nathoo is a multimedia reporter for the BBC in Atlanta.

“Failing upwards” occurs when someone gets promotions and better projects despite lackluster performance.

You’ve probably seen it happen – a charismatic, but otherwise incompetent coworker gets the project you wanted or another makes partner despite multiple slip-ups. Perhaps this coworker has merits you’re not aware of, or perhaps he or she is simply “failing up,” gaining more desirable jobs even while proving fundamentally incapable of doing his or her job. When someone fails up once, it becomes easier for them to keep doing so.

A person who fails upward might keep succeeding because the boss wants to stand by his or her original assessment of the employee’s potential. Often a boss sees a favored protégé’s performance through rose-tinted glasses, taking a softer view of losses and exaggerating wins. Which is fine – many people need to make mistakes to learn and, in the end, to become better leaders. But why did ...

A Woman’s Guide to Salary Negotiation
7
How to debug distributed teamwork, as suggested by new research
8
Diversity Is Just the First Step. Inclusion Comes Next.
7
Fixing the Flawed Approach to Diversity
8
How to Identify and Manage Workplace Bullying
9