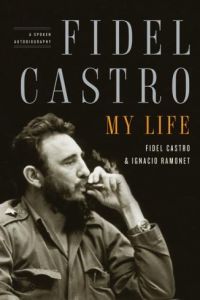 The United States has had 10 presidents since Fidel Castro became Cuba’s prime minister in 1959. From Eisenhower, who refused to meet with him, to Kennedy, whose CIA wanted to kill him, to Clinton, who tried to ignore him, Castro outlasted them all. He had amazing longevity, given what he dished out to his people and what he dealt with, from the Bay of Pigs attack to the Cuban missile crisis, a 50-year trade embargo, and hundreds of attempts on his life by the CIA, the Mafia, Cuban exiles and island dissidents. These ordeals involved all kinds of odd weapons, such as a poisoned diving suit, a seashell bomb and an exploding cigar. Cruel and charismatic, Castro exhibited remarkable staying power, having impoverished, exiled, jailed, tortured or killed most of his opponents over the decades. Finally, given serious illness, he resigned and turned the government over to his brother Raúl. Even though Fidel is frail and old, he once seemed as indestructible as the mountains of Sierra Maestra, where he began his revolutionary struggle. If you want to know what makes Fidel tick, getAbstract suggests this autobiography, developed and edited by Spanish journalist Ignacio Ramonet from 100 hours of recorded interviews with Castro. This fascinating, in-depth book voices Castro’s intriguing story. However, given that it reflects Castro’s unleavened perceptions, its facts and interpretations may be open to question. Even while finding Fidel’s viewpoint compelling, many would strongly disagree with the dictator’s self-laudatory tone. Memory is longer than that.

Fidel Castro is the president of Cuba. Ignacio Ramonet is a Spanish journalist. Since 1991, he has been the editor-in-chief of a monthly magazine, Le Monde Diplomatique.

Fidel Alejandro Castro Ruz was born on August 13, 1926, in eastern Cuba, in Birán, a backwater village in what was known as Oriente province. His father, Angel Castro y Argiz, was an enterprising Galician who emigrated from Spain to Cuba as a poor soldier and became a wealthy (25,000 acres) sugarcane plantation owner. His mother, Lina, was a native Cuban. Castro had two brothers and four sisters. Though Castro loved and respected his parents, he rebelled against authority from his earliest days. Son of the region’s wealthiest landowner, Castro was deeply moved as a boy by the unfairness of life and the poverty around him. “I remember the illiterate, unemployed men who would stand in line near the cane fields,” Castro said, “with nobody to bring them a drop of water, or breakfast or lunch, or give them shelter or transport.” He viewed their treatment and neglect as “inconceivable wrongs.” His parents sent young Castro to Santiago de Cuba for schooling. At 16, he went to Havana to attend the Colegio de Belén, a Jesuit school where he participated in athletics and enjoyed mountain climbing.