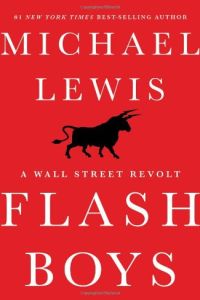 At the flea market, you’re negotiating a price with the vendor for an item you like. You are about to wrap up your deal when someone rushes in, snaps up the item from the vendor and sells it to you for a slightly higher price, pocketing the difference. That happens on market exchanges thousands of times a day in the form of high-frequency trading (HFT). In this revealing, entertaining financial tale, Michael Lewis (author of Moneyball and other bestsellers) explains and criticizes this kind of algorithmic trading. He focuses on Brad Katsuyama, a former Royal Bank of Canada executive, who embarked on a tenacious quest to battle high-frequency trading. Seeing the field through Katsuyama’s lenses leads to personalized, somewhat black-and-white reporting, which may blunt the subject’s complexity. However, Lewis gives his interview subjects a full hearing, including their frequent F-bombs. Some critics allege that the book touts Katsuyama’s exchange (it does), and some question nuances of Lewis’s interpretation (various blogs both debunk the book and debunk the debunkers). Even given the esoteric subject matter, this is worth reading if only because Lewis wrote it; you’ll laugh, feel the excitement, and get engrossed and maybe a bit angry. getAbstract recommends this accessible, challenging saga as a great backgrounder for anyone interested in the workings of Wall Street and the whereabouts of their savings.

Michael Lewis wrote Moneyball and other bestsellers. A contributing writer for The New York Times Magazine, he also writes for Vanity Fair and Portfolio magazine.

Algorithms on the Rise

On October 19, 1987, the US stock market crashed, taking even Wall Street insiders by surprise. Nobody had foreseen it or could explain it. Some of the regulatory adjustments that followed the crash facilitated a still steam-rolling move from fallible human traders to computer trading.

Someone Is Always Faster

All his life, Canadian Brad Katsuyama prioritized fitting in over fulfilling his ambitions: Instead of attending a school for gifted children, he stayed with his friends. He turned his back on the best universities and opted for Laurier to be with his girlfriend and his buddies. After graduation, he began trading stocks at Royal Bank of Canada (RBC) – mostly for lack of an alternative idea.

Not long after Katsuyama moved to New York to become RBC’s Global Head of Electronic Sales and Trading, he noticed irregularities affecting his work. After 2007, he could no longer buy or sell at the exact stock prices flashing on his trading screen. The market prices changed as he tried to make transactions. The frequency of these price jumps ruled out market news as a motivating cause. Unstable prices made assessing risk more difficult... 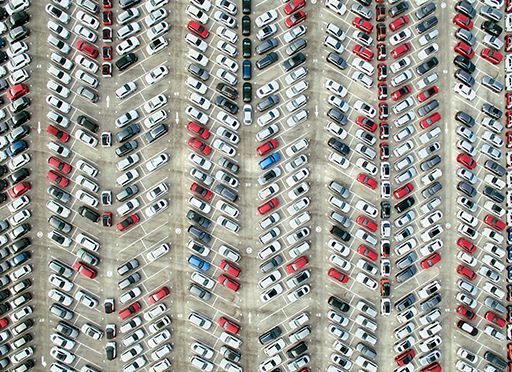