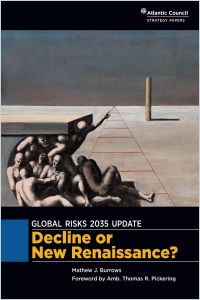 The impacts of climate change will be asymmetrical, affecting poor nations most, and likely accelerate migration. Global migration is already at an all-time high, prompting a backlash from many developed countries. Technology will also have an impact on global labor markets, potentially rendering hundreds of millions...