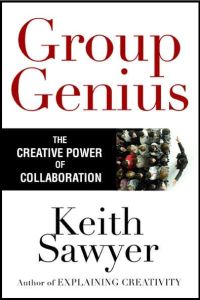 As befits its subject matter, this is a lively and innovative book, which uses many examples drawn from the worlds of jazz and improvisational theater, as well as from creative writing, cycling, banking and computer technology. Keith Sawyer doesn’t stop at telling stories, though; he also supports his ideas with solid evidence. In well-organized chapters, complete with summaries and checklists, he debunks common beliefs about the nature of creativity – primarily, the myth that you need to be an isolated genius to succeed. Instead, he argues that innovation is most often the result of collaboration. Sawyer overreaches in some instances. He does not fully explain why some individuals are so much more creative than others in the same “collaborative web,” or why others can produce revolutionary ideas in relative isolation. However, that’s a quibble, since Sawyer tackles a complex and slippery topic, and comes up with some genuinely new insights. getAbstract recommends this book to managers and members of workplace teams, and to executives who wish to encourage creative thinking.

Keith Sawyer, associate professor of psychology at Washington University, is the author of Explaining Creativity: The Science of Human Innovation.

The classic image of creative genius is the thinker who, working alone, comes up with an idea that revolutionizes the world (or at least his, or occasionally her, discipline).

That image is a myth. Instead, most breakthroughs are the products of “invisible collaborative webs.” Innovation is a result of interaction. People build on one another’s ideas and advances – even on their wrong turns and blind alleys.

Inventions as different as the airplane and the mountain bike provide examples of these sorts of collaborative discoveries. The Wright Brothers’ collaboration on the invention of the airplane is well-known. The brothers lived together, and kept extensive journals of their interactions and discoveries. The way they built on each other’s ideas is easy to understand.

The mountain bike is a good example of “invisible collaboration.” In the 1970s, a number of cyclists in California started riding off-road. Their bikes didn’t survive the rough terrain too well and they had to do many repairs. One group of riders replaced the narrow road tires with sturdier ones from old-fashioned bikes, while another group changed the shape of the... 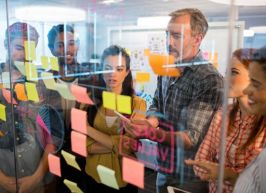