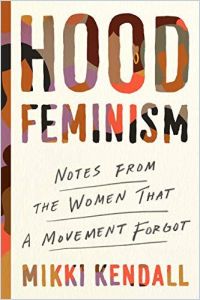 The review below was first published in the getAbstract Journal on Nov 5, 2020.
We’ve reviewed this title for you as we currently cannot offer a summary.

Activist Mikki Kendall boldly goes where few Black women writers have gone – she exposes and then suggests how to heal the racial fault lines in American feminism.

Activist and writer Mikki Kendall – who has been published in The Guardian, The Boston Globe and The Washington Post – makes a daring and timely claim: that the feminist movement isn’t always inclusive. She believes feminism focused on protecting and increasing the privileges of financially comfortable white women at the expense of women from marginalized groups. Kendall wants feminism to address all women’s larger concerns – housing, hunger, law enforcement, the minimum wage – to fulfill its liberation mission of equity and equality.

Her book is a call to action. Kendall draws on her experiences with poverty and exclusion to urge the feminist movement to combat systemic racism in the United States. USA Today, which published one of many rave reviews, characterized her book as, “A searing indictment of…the modern feminist movement’s failure to support marginalized women and to integrate issues of race, class and sexual orientation.”