Summary of Hostage at the Table 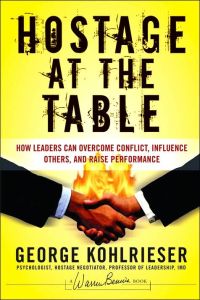 If a dangerous criminal was demanding a one-way ticket to Venezuela as he threatened to blow your brains out, the person you would most want to see coming onto the scene is author George Kohlrieser. A psychologist and veteran hostage negotiator who has defused explosive situations around the globe, Kohlrieser now applies his knowledge, motivational insights and techniques to the business world. He contends that conflict resolution is not difficult if you understand how human self-esteem operates. The basic negotiating principles he presents may have been noted in other psychology and business management texts, but Kohlrieser's credibility and unique approach give his ideas an added kick. For example, he uses real-life hostage negotiations to illustrate his points. getAbstract thinks you'll find that this whole package is definitely a nonnegotiable demand.

George Kohlrieser, a psychologist and veteran hostage negotiator, is a professor of leadership and organizational behavior at the International Institute for Management Development (IMD). He is an international leadership consultant.

The idea of being held hostage by a desperate criminal who is brandishing a gun or knife is beyond frightening. In fact, most people can't even imagine the sheer terror this situation would evoke. You may even have asked yourself how you would react under such circumstances. Actually, many folks are not even aware that their bosses, co-workers, circumstances or emotions are holding them hostage every day. Like real captives, they may feel weak, helpless and trapped.

Consider how you react when an inconsiderate driver tailgates you or the airline loses your luggage? Chances are that you're irritated, aggravated or downright angry, feelings that stay with you for a while and determine your behavior. The inability to release a negative, harmful mindset or to get out of being manipulated, by someone else or by your feelings, means you're a hostage.

Human reactions to stressful situations are largely biological. Neurologist Paul MacLean has identified three distinct parts of the brain: the reptilian brain, the limbic system and the neocortex. The fight-or-flight instinct lives in the reptilian brain, which only cares about survival. The limbic... 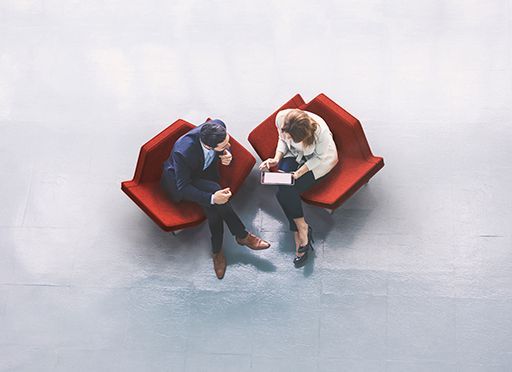