Summary of How Africa Is Becoming China’s China 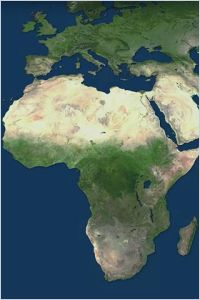 China was once considered the factory of the world. Slowly but surely, the Asian superpower is passing on that mantle to Africa while simultaneously increasing the Chinese sphere of global influence. In this enlightening, fast-paced video, Wendover Productions examines recent shifts in the geopolitical climate to discover how China has managed to mold Africa into “China’s China,” a trend that will become more pronounced in the years to come. getAbstract believes manufacturers seeking a comparative advantage ought to take note of China’s strategy.

In 1971, the People’s Republic of China (mainland China) ousted the Republic of China (Taiwan) as the representative of the entire Chinese territory at the UN General Assembly. The United States championed Taiwan’s cause, and most of the African continent aligned with America. In the interim, geopolitics have shifted. In 2007, the UN passed a resolution condemning North Korea’s human rights record. China, a North Korean ally, voted against the resolution. This time, 43 African nations either voted with China or abstained, illustrating that US influence in Africa has waned, while China’s star has risen.

How Overnight Shipping Works
8
The Economics of Airline Class
8

Why Airlines Sell More Seats Than They Have
8

Why China Doesn’t Want Your Trash Anymore
8
Going Beyond a Trade War
8
How Rwanda Is Becoming the Singapore of Africa
5
Why the US and China Fight Over Intellectual Property
8
The Evolving Terrorist Threat: Implications for Global Security
7