Summary of How Music Got Free 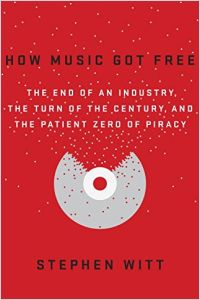 Journalist Stephen Witt tracks the history of the mp3 music player from its invention to its adaptation as a standard feature of daily life. Witt frames his tale through the prism of two men’s careers: record executive Doug Morris and pioneering pirate music uploader extraordinaire Bennie Lydell Glover. One man made millions off the changing habits of people who listen to popular music; the other served those habits faithfully and wound up in jail. Witt’s story comes most alive when he goes into the disparities between Morris’s and Glover’s lives – privilege, race, earnings and impact – as his narrative goes back and forth between them. Except for those deeply vested in these worlds, the story can sometimes be hard to follow, such as when Witt dissects the arcane politics, specifications and lab obsessions involved in the development of digital music formats. The technically uninterested should skim just those early pages; the rest is as totally satisfying as a good album. getAbstract recommends Witt’s reportage to investors, social historians, music lovers, and anyone interested in what drives the profit-and-loss-of-selling culture in the digital age.

Journalist Stephen Witt has worked for hedge funds and has written for The New Yorker.

The Birth of the mp3

Eberhard Zwicker, the creator of “psychoacoustics” – the study of how people “perceive sound” – discovered that the ear is not “a microphone.” It adapted through evolution to understand and translate language and to give early humans first warnings of predators. Zwicker also learned that the human ear can’t distinguish between tones that are close in pitch. These discoveries led engineer Dieter Seitzer to realize that he might capture “high-fidelity” music – music recorded with a broad frequency range to seize every possible high and low – with much less data than once seemed necessary.

At the time, CDs stored one second of audio on 1.4 million bits. Seitzer sought to use only 128,000 bits. He chopped up sounds into tiny fractions of seconds and “partitioned” those fractions by frequency. Then, by computer, he compressed those sounds to fit within a narrow frequency range – the range the human ear hears best.