Review of How to Create a Mind 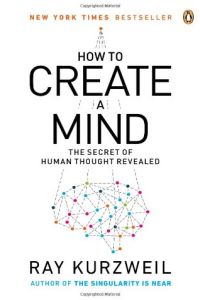 Futurist Ray Kurzweil, never lacking ambition, explains his theories of how the mind works, how to create a mind and how these insights relate to the rise of intelligent machines. His book is very smart, though he makes a few claims that may be bold enough to provoke resistance in some readers. Yet Kurzweil synthesizes his ideas with research in neuroscience and artificial intelligence to propose a theory of how minds function. As a well-known inventor who’s been working in this and related fields – like voice recognition software – for decades, Kurzweil provides much of value on the subject and offers examples, diagrams, tables and images. However, some of his discussions of complex computing, biological or evolutionary processes may require multiple reads for full comprehension. Kurzweil’s theorizing and proselytizing will intrigue those interested in human intelligence, artificial intelligence, the workings of the mind and informed explorations of futuristic ideas.

Ray Kurzweil, winner of the National Medal of Technology, futurist and inventor, is the author of the bestsellers The Singularity Is Near and The Age of Spiritual Machines, and the co-author of Fantastic Voyage: Live Long Enough to Live Forever with Dr. Terry Grossman.

The Role of Intelligence

Futurist Ray Kurzweil cites intelligence as “the Intelligence." As “the most important phenomenon in the universe,” intelligence lets humans reach beyond their biological limits, transform the world and change who they are. Human intelligence, Kurzweil says, exists as it does because the universe’s foundational laws enable people to encode information. That is a far-reaching, almost revolutionary concept.

Biological evolution produced simple organisms, then more complex organisms with nervous systems. Finally, says Kurzweil, it produced mammals, which differ from earlier organisms because they can think hierarchically. The part of the brain known as the neocortex is responsible for hierarchical thinking. All mammals have neocortices, but the human neocortex is the most complex. It enables people to embrace abstract thought, use tools and develop language. It also means that humanity has been able to amass more knowledge than any single person could learn. 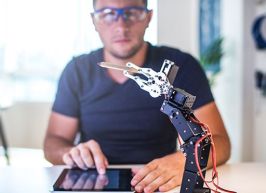