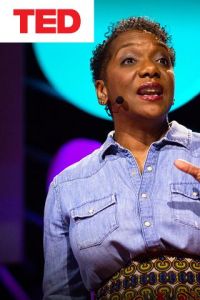 In 1984, Janet Stovall was a junior at Davidson College in Davidson, North Carolina, a town where white people and black people lived on opposite sides of the tracks. The police often stopped and questioned Stovall and Davidson’s other black students. Of 1,200 students, only 52 were black. Stovall launched Project ’87, a challenge to Davidson to enroll 100 black students, hire 10 black professors and offer five Black Studies classes by 1987. If the college failed to meet these attainable goals, Stovall’s committee would publicly denounce the institution’s indifference to diversity. By 2018, 185 black students attended the college, which employed 16 nonwhite professors and four black deans, and boasted an Africana Studies department. Project ’87 produced tangible results because it identified a problem, quantified it with numbers and proposed concrete consequences. This experience taught Stovall that a single-minded focus on racism can elicit positive change.

Today, Stovall is a black female executive speechwriter in a profession dominated by white males. Discussing diversity and inclusion with management led Stovall to conclude that business can do what churches and colleges can’t – that is, “dismantle racism.” While 20 million students are enrolled in American colleges and just 35% of the population are regular churchgoers, 162 million people participate in the US workforce. This captive audience provides an opportunity to evoke lasting change. Tackling a “real problem” – corporate racism – requires “real numbers” and “real consequences.” The business case for diversity is well-documented. Ethnically diverse companies outperform homogenous competitors by 33%. Yet in 2018, only three black CEOs led Fortune 500 companies.

“Diversity and inclusion are not the same things. Diversity is a numbers game. Inclusion is about impact. Companies can mandate diversity, but they have to cultivate inclusion.”

Companies pay lip service to promoting diversity and inclusion but aren’t compelled to do so. Looking at employees and customers might put a match to the fire of change. It makes business sense to have your staff reflect your customer base. Therefore, a US company’s workforce should be 18% Hispanic and 13% black. However, even when companies achieve these numbers, they must tackle the issue of inclusion separately. Research shows that minority voices get heard once they reach a tipping point of 30%. Achieving these numbers demonstrates a true commitment to workplace diversity and inclusion. Falling short of these targets should put managers’ jobs at risk. Such measures will encourage people of every background and color to feel safe and supported at work. So stop “praying for change,” and start using a single-minded focus to achieve it.

Janet Stovall is the primary speechwriter for the CEO and other top executives at UPS.

How to Rewrite the Rules, with Sam Conniff Allende
7
The New Feudalism
8