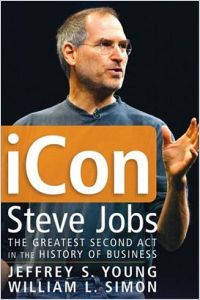 Though unabashedly adulatory, this unauthorized biography of Steven Jobs - co-founder of Apple Computers and head of Pixar Studios - shows how he nearly squandered his career and fortune on ill-conceived and badly managed ventures. The writing is savvy and lively - if not always chronologically linear. The pace is quick and even readers with scant interest in computers, technology or animated movies will find the tale entertaining. Authors Jeffrey S. Young and William L. Simon wisely focus on how Jobs learned from his failures and became a success again by recognizing his own limitations. In that respect, getAbstract believes Jobs’ journey holds important business and life lessons, and recommends it highly to all business readers.

Jeffrey S. Young is a founding editor of MacWorld magazine, a former reporter for The Hollywood Reporter and Forbes, founder of Forbes.com and the author of the unauthorized biography, Steve Jobs: The Journey is the Reward. William L. Simon is the award-winning author of more than 20 books. He co-authored The Art of Deception and The Art of Intrusion.

Steve Jobs has always had charisma. In his early career as head of Apple Computer, Inc., some said that was all he had. But by the time he took the MacWorld Expo stage in January 2000 to announce that he was returning as Apple’s permanent CEO, he was a changed man. Fifteen years of failure had humbled and humanized him. Even long-estranged Apple co-founder Steve Wozniak was moved to tears by the sight of the man Jobs had become.

Born in 1955, Jobs grew up in California, a willful, free-spirited young loner with a penchant for trouble. In his high school years, he already was fascinated with electronics. In 1969, he met Wozniak, known as "Woz," who was five years older and already an electronics whiz. Jobs attended college but soon dropped out. He embraced the hippie lifestyle, drugs, Zen and Eastern philosophy. After months spent traveling India in rags, he returned to California and started a thriving business with Woz. They built and sold "blue boxes" that let users make long distance calls for free. In 1976, Jobs, then 21, and Wozniak officially started a new business to build computers for hobbyists. Jobs chose the name Apple Computer.

The Art of Deception
9 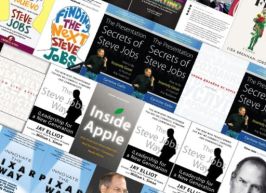