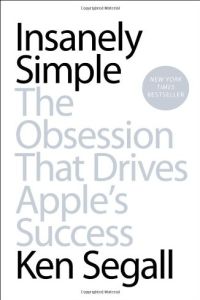 Author Ken Segall worked with the late Steve Jobs for years as the ad agency creative director for Apple and for NeXT – the computer company Jobs founded after Apple ousted him, and before it took him back. Segall provides a manifesto about Apple’s “Simple” approach to design and its battle against anything “Complex.” Segall presents superb, workable ideas and tactics for those who want to emulate Apple’s design sensibility and streamline their own processes. For example, like Jobs, Segall believes that the higher the number of people who make presentations at a meeting, the less productive it will be. Segall shows abiding love and respect for Jobs, and proves a fount of fascinating, illuminating tales about Jobs – and his product development approach – in action. He writes in a clear, simple, readable style – a voice that perfectly suits his themes and advice. This compelling mélange of design ideas should captivate entrepreneurs, executives, managers, designers and people attempting to do their best work under trying circumstances.

Ken Segall, the ad agency creative director for NeXT, Apple, IBM, Intel, Dell and BMW, was formerly a member of Apple’s “Think different” ad creative team and was responsible for that little i on Apple products.

The Leader of Simplicity

When Steve Jobs rejected the work of Apple designers, programmers or engineers, the team members would tell one another, “Steve hit us with the Simple Stick.” Whatever the virtues of their work, Segall reports that Jobs would find the one flaw he never tolerated: Their approach was needlessly “complex” and they had failed to “distill the idea to its essence.” “Simple” was Jobs’s byword and guide. Devotion to “Simplicity” differentiated Apple from the start and remains the engine that drives its success.

Segall believes that most large companies lose sight of simplicity. They naturally breed processes, silos and layers, and “Complexity” creeps in. Meetings get more populous, rules get more rigid, communication gets more complicated, and layers accumulate between those who create and those who approve. Segall asserts that a simple company needs a leader who advocates simplicity. 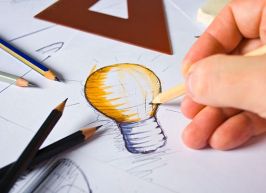