Summary of Inside Apple 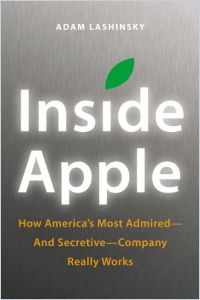 As English essayist Walter Bagehot once cautioned the British monarchy, it is dangerous to “let daylight in upon the magic.” Apple co-founder Steve Jobs and his small, loyal band of executives applied this concept with a vengeance. But in the wake of Jobs’s death, more of Apple’s business methods are coming to light – and they’re the polar opposite of what you’d learn in management school. Contrary to current business trends toward transparency and flatter hierarchies, Apple has fiercely encouraged secretiveness, silos and a start-up mentality, even though it is the most profitable company on Earth. Fortune senior editor Adam Lashinsky explains how it all works. By the time he’s finished, you’ll probably still want to buy Apple products, but you may not want to work for the firm. Even if you’re not fascinated by the machinations of the corporate world, getAbstract thinks you’ll find this page-turner highly entertaining. It will leave you wondering how the world’s leading device maker will fare, now that its legendary creator has left it to its – well, to its own devices.

Adam Lashinsky writes for Fortune magazine, where he is a senior editor.

A Company in His Own Image

Apple co-founder Steve Jobs died on October 5, 2011, after years of battling cancer. His death brought an outpouring of grief and countless tributes. It prompted fresh looks at Apple’s business methods, most of which remained secret over the years. Jobs’s firm reflected his personality and broke many “good management” dictums. Business leaders now ask if they should follow Apple’s example, or is its modus operandi unique to Jobs and, thus, something they should avoid? Under Jobs, Apple dramatically changed four overarching areas of technology: “computers, music (through the iTunes Store and the iPod), film (through Pixar, which pioneered computer animation), and communications (with the iPhone).” Apple and Jobs achieved these breakthroughs by bucking many respected business trends: