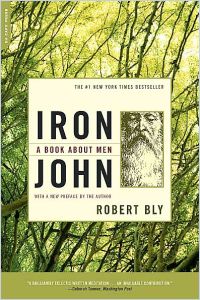 Looking through the lens of myth, poet Robert Bly concludes that the Industrial Revolution pulled families apart. He blames absent fathers who failed to initiate boys into adulthood for many of today’s cultural woes, including passivity among men, unhappy marriages and the prevalence of gangs. Bly cites stories from the ancient Greeks through the Brothers Grimm to show that young men’s struggle to achieve mature adulthood has remained constant throughout history. The myth of Iron John follows the development of a young prince from his early ties to his mother, to his maturation and entry into the world of his father. Mothers, says Bly, must relinquish their babies to enable their sons to grow up. Bly uses his ramble through literature to explore deep issues that play out in men’s personal and work lives. His metaphoric, poetic language may be off-putting to concrete thinkers, but getAbstract recommends Bly’s classic to men and women who are looking for insight into modern men’s psychic drives and struggles.

Robert Bly is an award-winning poet, author and translator who pioneered men’s workshops and founded the Expressive Men’s Movement.

During the 1950s, American men conformed to a single-dimensional role model, that of the hard-working, emotionally isolated male who feels most alive when facing an opponent, whether on the battlefield or football field. By the 1970s, though, another masculine type had emerged: The “soft male.” These nonaggressive men often formed partnerships with vigorous, liberated women.

At a workshop in 1980, a group of these men revealed the grief they felt. Their marital relationships had suffered because of their passivity. When the group discussed a Greek myth in which Odysseus lifts his sword as he approaches a matriarchal figure, many of the men couldn’t see the difference between this gesture, which signified “joyful decisiveness,” and a threat of armed violence.

The Powerful Story of Iron John

The Grimm Brothers’ fairy tales include a story about a dangerous forest near a castle. Hunting parties visit this forest and inexplicably never return. During a young man’s visit to the forest, his hunting dog is sucked into a pond. To get it back, he and some helpers use a bucket to scoop the water out of the pond. After a long period of hard work...