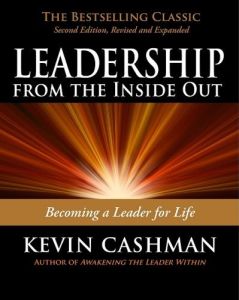 Book Leadership from the Inside Out

Becoming a Leader for Life

Kevin Cashman’s book on why personal development is essential to exemplary leadership is a classic. First published in 1998, this self-help manual quickly became a breakthrough business bestseller. This revised edition is now on the required reading lists of numerous universities and leadership programs around the globe. For this second edition, Cashman, a coaching consultant, conducted extensive new research. He asked corporate CEOs and company presidents to review his models of leadership and to critique his leadership propositions. Additionally, his firm interviewed corporate leaders to learn which areas of personal development they believe relate most closely to leadership. While some insights are obvious, others provide fresh ideas. The book offers a virtual coaching experience that will help you develop as a “whole person” and, thus, as a “whole leader.” getAbstract recommends this respected work to all leaders. It offers valuable insights, ideas, lessons and tools they can use to improve themselves, their employees, their organizations and their communities.

Three People Who Became Leaders from the Inside Out

The first example: An elementary school student named Peter suffered burns on 90% of his body. The nurses who cared for him constantly propped open his mouth and eyelids so they would not seal shut while Peter healed. The valiant boy spent a year in hospital undergoing painful rehabilitation. When he could finally walk, he visited other patients to reassure them that they also could endure.

After his discharge from the hospital, Peter began junior high in a school where he didn’t know anyone. On his first day, the other students in the cafeteria avoided the disfigured boy. Only one girl, Laura, approached Peter and welcomed him. As they ate lunch, she looked intently at Peter, hoping to discover the real person behind the gruesome scars. Remarkably sensitive, Peter responded to her inquiring gaze with these simple words: “Everyone is avoiding me because they don’t know me yet. When they come to know me, they’ll hang out with me. When they get to know the real me inside, they’ll be my friends.” And because of Peter’s indomitable spirit, that is exactly what happened.

Kevin Cashman is the author of numerous leadership books, including The Pause Principle. He has advised senior executives in more than 60 countries.

Leading Beyond the Ego
8 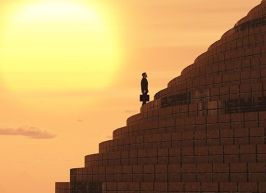